Chase Fein to Play Lead Role in Thriller Feature Film, Up on the Glass

Up on the Glass is a feature film co-written and produced by Director Kevin Del Principe and Nikki Brown. The creative filmmaking team is excited to announce Chase Fein coming on board to play the lead role of Jack DiMercurio, a wanderer trapped between his blue-collar roots and white-collar aspirations who desires the life of his successful college friend. Though one heinous act leads to this possibility, Jack ultimately learns his friend’s life is a prison and only the truth can set him free. 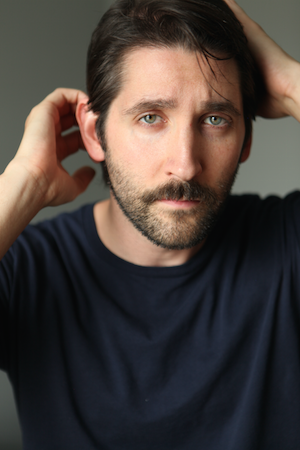 Chase Fein is an American actor, voice over artist, and musician, born in New York City and raised in Livingston, New Jersey. After receiving a BFA in acting from NYU’s Tisch School of the Arts at the Stella Adler Studio and a Masters in Classical Acting from Central Saint Martin’s Drama Centre London, Chase lived in London and Moscow, performing at Shakespeare’s Globe Theater and the Vakhtangov Theater respectively. Chase’s first feature, On The Rocks, was released last year. His next features, Hard Surfaces and Expectant Mother, and his microfeature, BOXER, are to be released this year.

Principal photography for Up on the Glass begins in June 2018 near the town of Shelby, Michigan. The film is a production of Save Them Wild Dogs, a Michigan-based production company with roots in Los Angeles and New York that aims to tell stories that might otherwise be overlooked -- tales of misfits, outsiders, and the misunderstood.

For any questions or inquiries about the film please feel free to reach out at upontheglass@gmail.com.

Lead Actor, Chase Fein, Excited for Role in Up on the Glass

Hunter Cross to Co-star in Feature Film, Up on the Glass