Chelsea Kurtz to Co-Star in UP ON THE GLASS

We are pleased to announce actress, Chelsea Kurtz, will star alongside Chase Fein and Hunter Cross in the feature film, Up on the Glass.

Chelsea Kurtz will play the role of Liz Shelton. Liz is an artist who questions her talent and the life she’s chosen. Liz, Jack, and Andy have all known each other since going to undergrad at Dartmouth College together. They were all close then, but now Liz is married to Andy and uncertain if Jack is the same person she once knew. 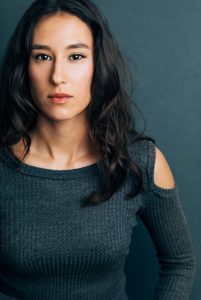 Chelsea Kurtz is delighted to be joining Up On The Glass. A Los Angeles based actress, originally from Cincinnati, OH, Chelsea loves all things Shakespeare and in her spare time likes to kick the bag in a Muay Thai studio. Favorite projects so far have included tv series like The Flash, Scandal and Longmire, as well as theater projects like Les Liaisons Dangereuses at LA’s Antaeus Theater Company.

Up on the Glass will be shot in and around the lakeshore community of Shelby, Michigan in June of 2018. The film is the co-creation of director, Kevin Del Principe and Nikki Brown.

Hunter Cross to Co-star in Feature Film, Up on the Glass